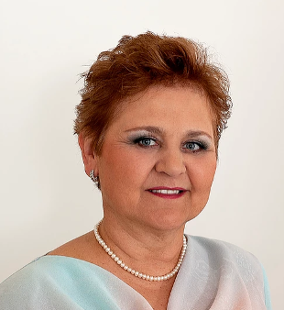 More than 35 years of medical practice including in podiatry. Operator of the first private facility for comprehensive musculoskeletal system care including podiatry, with the provision of body care and pedicure services.

In 1992, a university teacher at the Institute for Postgraduate Medical Education in Prague (IPVZ Prague), intensive lecturing and publishing activities in the Czech Republic and abroad. In 2002 – 2004, the Minister of Health of the Czech Republic.

She also served as the chief physician of the Jáchymov Spa (Léčebné lázně Jáchymov a.s.), where in 2011 she successfully opened a comprehensive podiatric-orthopaedic centre, including medical pedicure, as the first such facility in the spas in the Czech Republic. Since 2012 she has been acting as the President of the Czech Podiatry Association. Since 2013 she has also been the chief physician at the Medical Podiatry Centre Prague (Lékařské podiatrické centrum Praha).

MUDr. Marie Součková has had over 35 years of experience in medical practice, including podiatry. She has been running a private medical office in Prague 1, in the field of orthopaedics-podiatry, where thanks to her knowledge and skills acquired in other specialisations she has performed examinations of musculoskeletal system disorders, including sonography. In 2011, she opened the first comprehensive podiatric-orthopaedic centre, including medical pedicure, in the Czech Republic, namely in Jáchymov Spa. She frequently gives lectures and is engaged in publishing activities in the Czech Republic and abroad. Currently, she acts as the chief physician at the Medical Podiatric Centre in Prague.